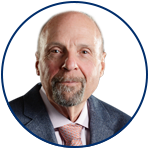 Evan Hecht is the founder and CEO of The Flood Insurance Agency (TFIA), a retail and wholesale insurance agency specializing in flood insurance. The company, operating as a Program Administrator for Lexington Insurance Company and a Coverholder for Lloyd’s of London, underwrites and distributes Private Market Flood™, an alternative to FEMA flood insurance. The Flood Insurance Agency has been at the forefront of the flood insurance industry for over 25 years. Immediately recognizing FEMA’s misstep in the implementation of the Biggert-Waters Act of 2012, Mr. Hecht took the opportunity to present his concerns to many State Insurance Commissioners which resulted in his being asked to address all 50 insurance commissioners at an NAIC meeting. Within days of the Act’s implementation, Evan had launched a private flood insurance alternative, providing immediate relief to what October 2013 headlines aptly named “skyrocketing” flood insurance premiums. In just over three years, the program now insures over $3 billion of property, 17,000 risks, and has registered over 2000 independent agencies in 37 states to market the program.

Mr. Hecht has regularly been called upon by lenders and state banking associations to provide compliance instruction of the Federal Mandatory Purchase of Flood Insurance requirements.
Before starting The Flood Insurance Agency in 1984 he served as a Business Sales Manager for Nationwide Insurance Company for four years in California and Ohio. Evan began his insurance career in 1975 as a Nationwide Business Insurance Agent.

Mr. Hecht earned his Business Administration Degree from Hofstra University in New York and his Certified Financial Planner designation from the College for Financial Planning in Denver, CO.