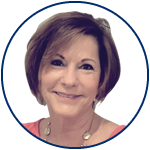 Janet (Riewold) Bordonaro a Florida resident since 1970, has been working with Flood since 1997 to current.

2012 she merged her company with Advanced E & S Group and together, created Flood Advantage Partners for Private Flood Insurance for Condominiums, Commercial structures, high dollar residential programs thus offering a full range of flood products from NFIP to in-house authority Private Flood programs Lloyd’s with multiple syndicates with significant savings. Finally, creating a cost effective agents choice’s as a One Stop For All your Needs! for her agents. These programs are available through out the United States.

Flood Advantage Partners is pleased to be a part of Risk Strategies Company: ranking #20 of the largest brokerage companies in the U.S.