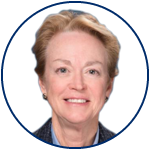 Susanne Murphy serves as Special Deputy Commissioner at the Florida Office of Insurance Regulation (Office). In this position, Ms. Murphy acts as a senior policy advisor to Commissioner Altmaier on a range of insurance-related issues, supervises the Market Investigations unit, and closely interacts with all other operational units of the Office.

Ms. Murphy returned to state government when she joined the Office in 2013.