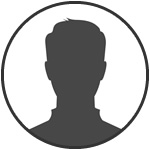 Jerry Nielsen is the founding and managing partner of the Nielsen Carter & Treas, LLC, (NCT) law firm in New Orleans, Louisiana. NCT has represented a majority of the Write‐Your‐Own Program carriers since the mid 1980’s. Mr. Nielsen’s efforts on behalf of the NFIP and his clients include the following:

● Successfully tried the first WYO case to go to trial, Godchaux v. Aetna, in 1987.
● Lead counsel for the WYO carrier in the seminal NFIP appellate decision of Gowland v. Aetna Cas. & Surety Co., 143 F.3d 951 (5th Cir. 1998), which has since been cited in over 1,000 subsequent NFIP decisions.
● Principle negotiating counsel for most WYO’s during the 2002 Arrangement Re‐Write Project.
● Testified before Congress in 2003 in support of needed revisions to NFIP statutes.
● Successfully managed over 90% of all WYO litigation to arise from 2005’s Hurricane Katrina.
● Lead counsel for most of the WYO carriers in the Moffett v. CSC mass joinder case, and member of the team that successfully defended the Branch Consultants False Claims Act case.
● Has first chaired or directed the defense of WYO litigation in 45 of our 50 states, so far.
● Wrote the briefs and presented the appellate oral argument on behalf of WYO carriers before 10 of the 12 U.S. Appellate Circuits, with a win/loss record of 52 wins, and only 2 losses, including 7 published wins before three different federal circuits during 2015 alone.
● Speaker at the NFIP Conference 19 of the past 20 years.